Book Author Podcast – Fossil Men: The Quest for the Oldest Skeleton and the Origins of Humankind by Kermit Pattison 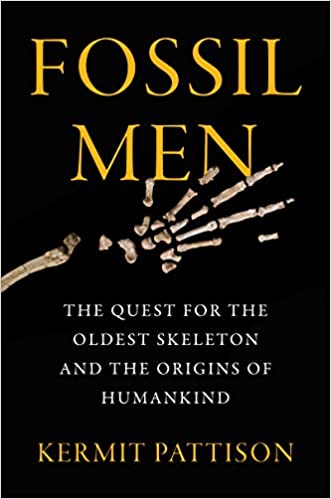 Fossil Men: The Quest for the Oldest Skeleton and the Origins of Humankind by Kermit Pattison

A decade in the making, Fossil Men is a scientific detective story played out in anatomy and the natural history of the human body: the first full-length account of the discovery of a startlingly unpredicted human ancestor more than a million years older than Lucy

It is the ultimate mystery: where do we come from? In 1994, a team led by fossil-hunting legend Tim White uncovered a set of ancient bones in Ethiopia’s Afar region. Radiometric dating of nearby rocks indicated the resulting skeleton, classified as Ardipithecus ramidus—nicknamed “Ardi”—was an astounding 4.4 million years old, more than a million years older than the world-famous “Lucy.” The team spent the next 15 years studying the bones in strict secrecy, all while continuing to rack up landmark fossil discoveries in the field and becoming increasingly ensnared in bitter disputes with scientific peers and Ethiopian bureaucrats. When finally revealed to the public, Ardi stunned scientists around the world and challenged a half-century of orthodoxy about human evolution—how we started walking upright, how we evolved our nimble hands, and, most significantly, whether we were descended from an ancestor that resembled today’s chimpanzee. But the discovery of Ardi wasn’t just a leap forward in understanding the roots of humanity–it was an attack on scientific convention and the leading authorities of human origins, triggering an epic feud about the oldest family skeleton.

In Fossil Men, acclaimed journalist Kermit Pattison brings us a cast of eccentric, obsessive scientists, including White, an uncompromising perfectionist whose virtuoso skills in the field were matched only by his propensity for making enemies; Gen Suwa, a Japanese savant whose deep expertise about teeth rivaled anyone on Earth; Owen Lovejoy, a onetime creationist-turned-paleoanthropologist with radical insights into human locomotion; Berhane Asfaw, who survived imprisonment and torture to become Ethiopia’s most senior paleoanthropologist; Don Johanson, the discoverer of Lucy, who had a rancorous falling out with the Ardi team; and the Leakeys, for decades the most famous family in paleoanthropology.

Based on a half-decade of research in Africa, Europe and North America, Fossil Men is not only a brilliant investigation into the origins of the human lineage, but the oldest of human emotions: curiosity, jealousy, perseverance and wonder. 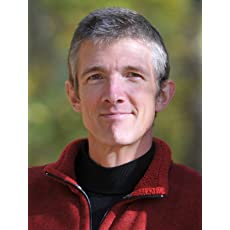 About Kermit Pattison
Kermit Pattison is the author of Fossil Men: The Quest for the Oldest Skeleton and the Origins of Humankind. He lives with his family in Minnesota.