Book Author Podcast – Bottle of Lies: The Inside Story of the Generic Drug Boom by Katherine Eban 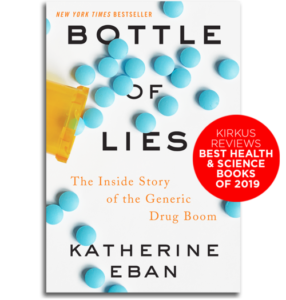 Bottle of Lies: The Inside Story of the Generic Drug Boom by Katherine Eban

New postscript by the author

From an award-winning journalist, an explosive narrative investigation of the generic drug boom that reveals fraud and life-threatening dangers on a global scale—The Jungle for pharmaceuticals

Many have hailed the widespread use of generic drugs as one of the most important public-health developments of the twenty-first century. Today, almost 90 percent of our pharmaceutical market is comprised of generics, the majority of which are manufactured overseas. We have been reassured by our doctors, our pharmacists and our regulators that generic drugs are identical to their brand-name counterparts, just less expensive. But is this really true?

Katherine Eban’s Bottle of Lies exposes the deceit behind generic-drug manufacturing—and the attendant risks for global health. Drawing on exclusive accounts from whistleblowers and regulators, as well as thousands of pages of confidential FDA documents, Eban reveals an industry where fraud is rampant, companies routinely falsify data, and executives circumvent almost every principle of safe manufacturing to minimize cost and maximize profit, confident in their ability to fool inspectors. Meanwhile, patients unwittingly consume medicine with unpredictable and dangerous effects.

The story of generic drugs is truly global. It connects middle America to China, India, sub-Saharan Africa and Brazil, and represents the ultimate litmus test of globalization: what are the risks of moving drug manufacturing offshore, and are they worth the savings?

A decade-long investigation with international sweep, high-stakes brinkmanship and big money at its core, Bottle of Lies reveals how the world’s greatest public-health innovation has become one of its most astonishing swindles. 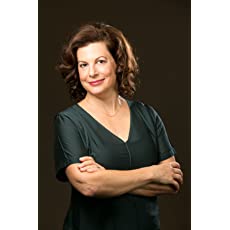 About Katherine Eban
Katherine Eban, an investigative journalist, is a Fortune magazine contributor and Andrew Carnegie fellow. Her narrative, deeply reported articles on pharmaceutical counterfeiting, gun trafficking, and coercive interrogations by the CIA, have won international attention and numerous awards. She lectures frequently on the topic of pharmaceutical integrity. Bottle of Lies: The Inside Story of the Generic Drug Boom, which she worked on for five years and reported on four continents, is her second book. Educated at Brown University and Oxford, where she was a Rhodes Scholar, she lives in Brooklyn with her husband, two daughters and Newfoundland dog Romeo.