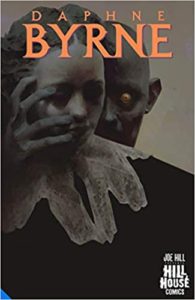 When grieving, support can come in many ways. For Daphne, it came as a demon.

Turn-of-the-century New York is a growing metropolis for many, but not for Daphne Byrne. After her father’s death, her mother is drawn to a spirtualistic group that claims to speak to the dead. Daphne sees through their act right away, but something from the other side sees her too. Or someone?

Daphne finds herself in new company, Brother. He offers support and encourages Daphne to stand up for herself…and to use the powers he has too. 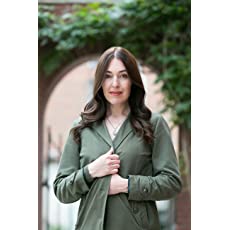 About Laura Marks
Laura Marks is a PEN Award winning playwright, television writer and comic book writer. Her debut comic series for DC’s Hill House Comics, DAPHNE BYRNE (with art by Kelley Jones), will be released as a hardcover graphic novel in November 2020. Her plays BETHANY and MINE have garnered acclaim from critics and been published and produced across the US and overseas. For TV, she’s written episodes of THE GOOD FIGHT, THE EXPANSE, RAY DONOVAN, THE EXORCIST, and BRAINDEAD. She lives with her husband and two daughters in Brooklyn.